I was described as loud and bossy

When I was 8 years old I was described by my teacher as “loud and bossy”.

This label could have been incredibly damaging – there is such negativity associated with the word bossy. It brings to mind officious, petulant, power-hungry people. Miniature Donald Trumps, if you will.  Instead of celebrating that this child was strong and assertive, unafraid of expressing her opinion and speaking her mind, my mother and I were shamed for me being a strong child.

What this teacher failed to realise is that this “loud and bossy” child had LEADERSHIP POTENTIAL.

Now, don’t get me wrong – I WAS loud and bossy. However, with the right direction, I believe I’ve grown into a pretty nifty person!

From a young age I was taught to be empathetic, to look at things from another person’s point of view and to regard other people’s feelings when I spoke. I was incredibly fortunate to be raised by an equally strong, opinionated, ‘bossy’ woman who role-modelled positive, supportive behaviour throughout my childhood, and continues to be the little voice in the back of my mind preaching patience and kindness.

Adjusting my behaviour was a huge challenge for me. I remember becoming frustrated when other people were thinking ‘too slow’ (come on people, catch up!), when my ideas weren’t always being chosen (but my idea is better!), and not putting myself above others (but I’m smarter than them!).

This is still an aspect of my personality that I struggle with.

However, I am incredibly lucky. There were people in my life that spotted a glimmer of potential in me – the Emma Watson factor. I had many opportunities for leadership training, usually through school, which taught me that leadership isn’t about power. It isn’t about ordering others around, or stepping on people as you rose through the ranks. Leadership, to me, is about encouraging others and creating an environment that is both positive and supportive.

What excites me about working at Marrzipan is finding these students with leadership potential, and giving them a chance to discover how to be compassionate role models. Through mutual respect, safety within a Marrzipan class and positive feedback, students are learning to interact with each other in a more supportive way, and understanding how empathy is a far more powerful tool in leadership than dominance.

This really hit home for me when I worked with a young man in the Waikato. He was full of bravado and wanted people to know that he was the best at drama (and to be fair, he was very good at creativing interesting characters!).

I challenged him to be our class director for the day, giving feedback and guidance to his peers in a positive way. I sat back and watched as this young man, who before displayed a superior attitude to this class, was pointing out the amazing things that other students were doing. He was encouraging his team to try new things, then celebrating when they gave it a go. Not only did his focus turn from himself to the other students in our Marrzipan team, he made sure that each and every student felt that they were doing an amazing job and were valued in the play.

This, to me, is Marrzipan. 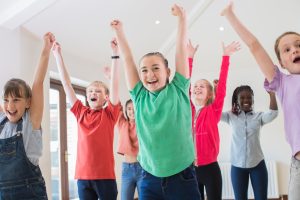